Richmond Motor Company and its inventory in October of 1939. The 'old' Eno Bridge into and out of town is in the background. The horse is unidentified.

Here's what the authors of the National Register nomination for Hillsborough have to say about it:

Constructed as a car dealership with Art Deco-style detailing, the building has been significantly altered with the replacement of the original storefronts, the addition of a wide pent roof on the façade, and the painting of the exterior, which covered the decorative brickwork. The one-story, parapet-roofed, brick commercial building has a center entrance flanked by display windows with panels above and below the windows. Display windows on the right (north) and left (south) elevations have been covered with modern siding. A full-width, metal pent roof on the façade is supported by square posts. A recessed bay on the right elevation also has a metal pent roof sheltering the replacement doors. Bellinger dates this building to 1932 when Bill Richmond built it as a car dealership. The front section of the building appears as “auto sales” and the rear is labeled as “auto repair dealership” on the 1943 Sanborn map. 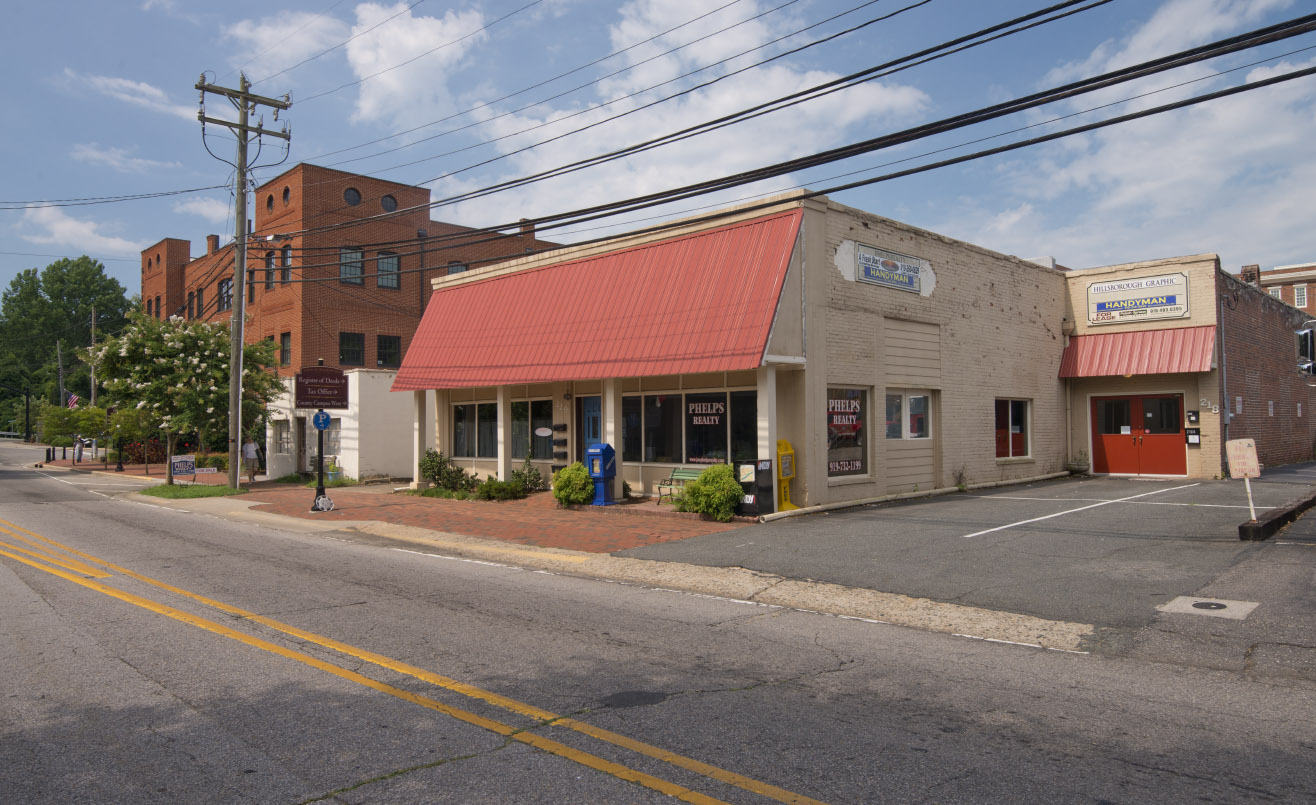 What is it with the weird front awnings in downtown Hillsborough? Rip 'em off - yesterday. This building would be far more attractive brought back to its original form.

The nominators for the historic distrct made this building non-contributing (mean it is ineligible for tax-credits,) which doesn't make much sense. Although it has some ugly stuff on the front, it's quite superficial, and the detail of the building remains intact underneath it. What better use of tax credits than to rehab this building back to its original state by removing the silly awning and paint?