Built by Francis Nash in 1772; after 1778 the home of William Hooper, one of North Carolina's three signers of the Declaration of Independence, and the only still-extant residence of NC's signers. 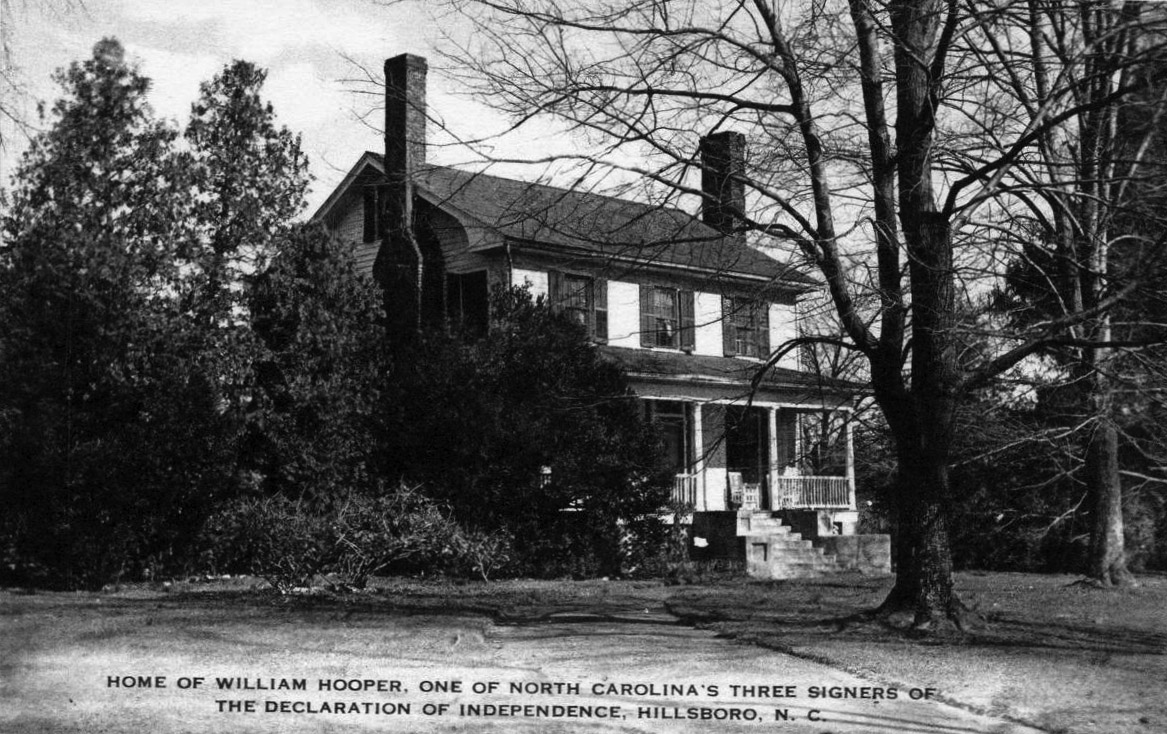 Designated a National Historic Landmark, the Nash-Hooper house is a two-story, side-gabled frame house that is three bays wide and double-pile. The majority of its exterior finishes are from the later, Greek Revival period including the exterior end brick chimneys, nine-over-nine wood-sash windows on the first floor and six-over-six windows on the second floor. The six-panel door, centered on the façade, has leaded glass sidelights and a leaded-glass transom. The near-full-width, hip-roofed porch is supported by octagonal columns and has a turned railing. A one-story, gabled wing projects from the right rear (northeast). The interior features a center hall, flanked by one room at each level, with a lateral stair hall at the rear on both floors. In addition to the original mantel, a variety of Federal, Greek Revival, and late 19th and early 20th century features exist inside. A hyphen at the rear (north) of the sitting room addition connects to a one-story gabled wing from which a one-and-a-half-story, gabled garage is attached. The garage has plain weatherboards, six-over-six windows, three overhead doors on the west elevation, and a cupola on the ridgeline. The addition and garage, not visible from the street, were constructed in 1999 [HDC].

Francis Nash purchased this property in 1772 and built the main two-story block of this house on lot 96 for his bride, Sally Moore of the Cape Fear region. After Nash's death at the Battle of Germantown in 1777, the property passed through several hands before acquisition in 1782 by William Hooper, a signer of the Declaration of Independence who had moved with his family from their home near Wilmington to Hillsborough in the late 1770s. At his death in 1790 the house passed to his widow and then to his daughter, Elizabeth Hooper Walters, who added a sitting room on the rear, which is the present kitchen. After her death in 1844, the house was eventually passed to Dr. William Hooper, grandson of the signer. About 1870, William A. Graham, who had been governor of North Carolina in the 1840s, purchased the property and the family owned it until 1906. Since that time it has been owned by a number of families. The house was designated a National Historic Landmark because it is the only surviving home of any of North Carolina's three signers of the Declaration of Independence. 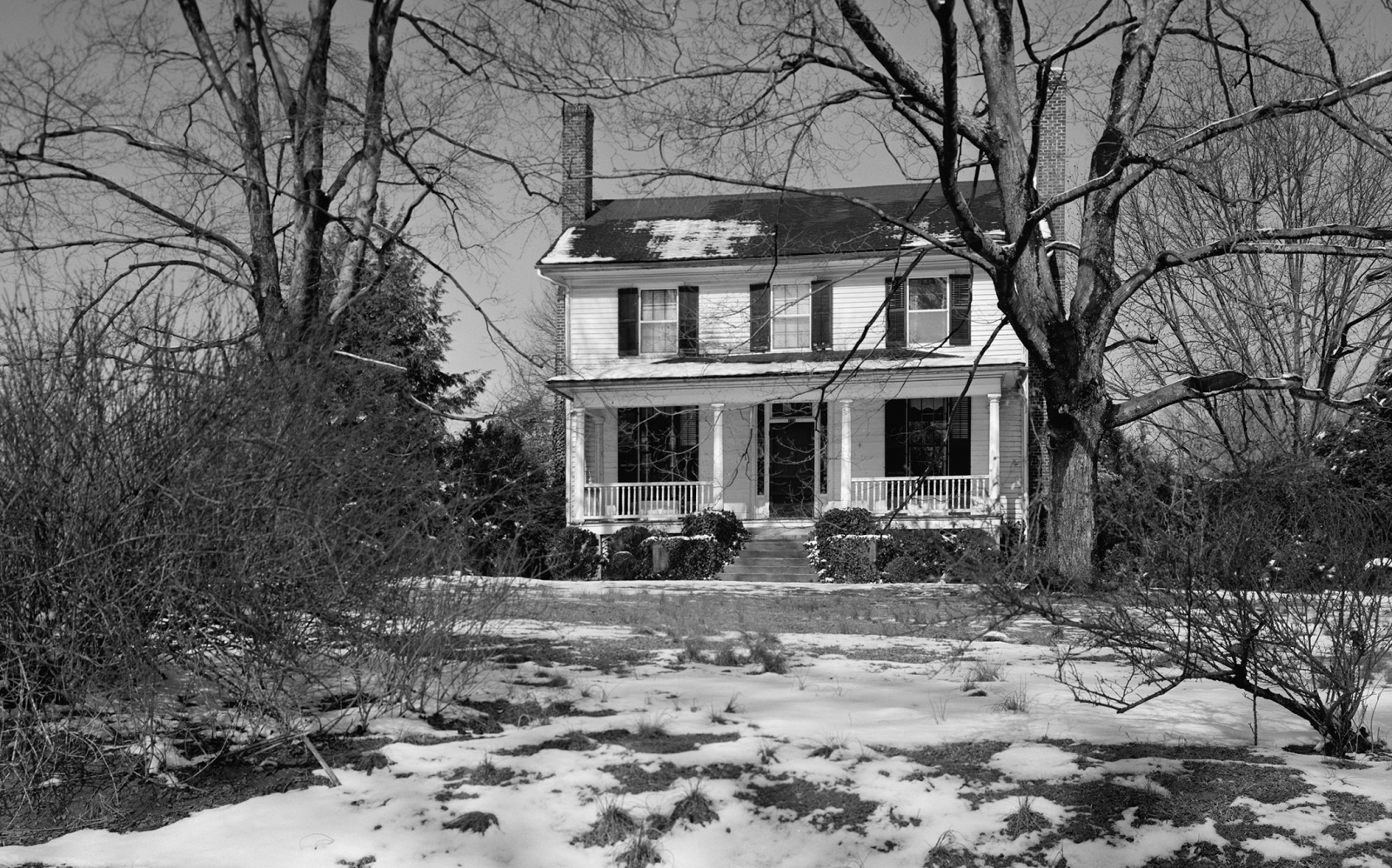 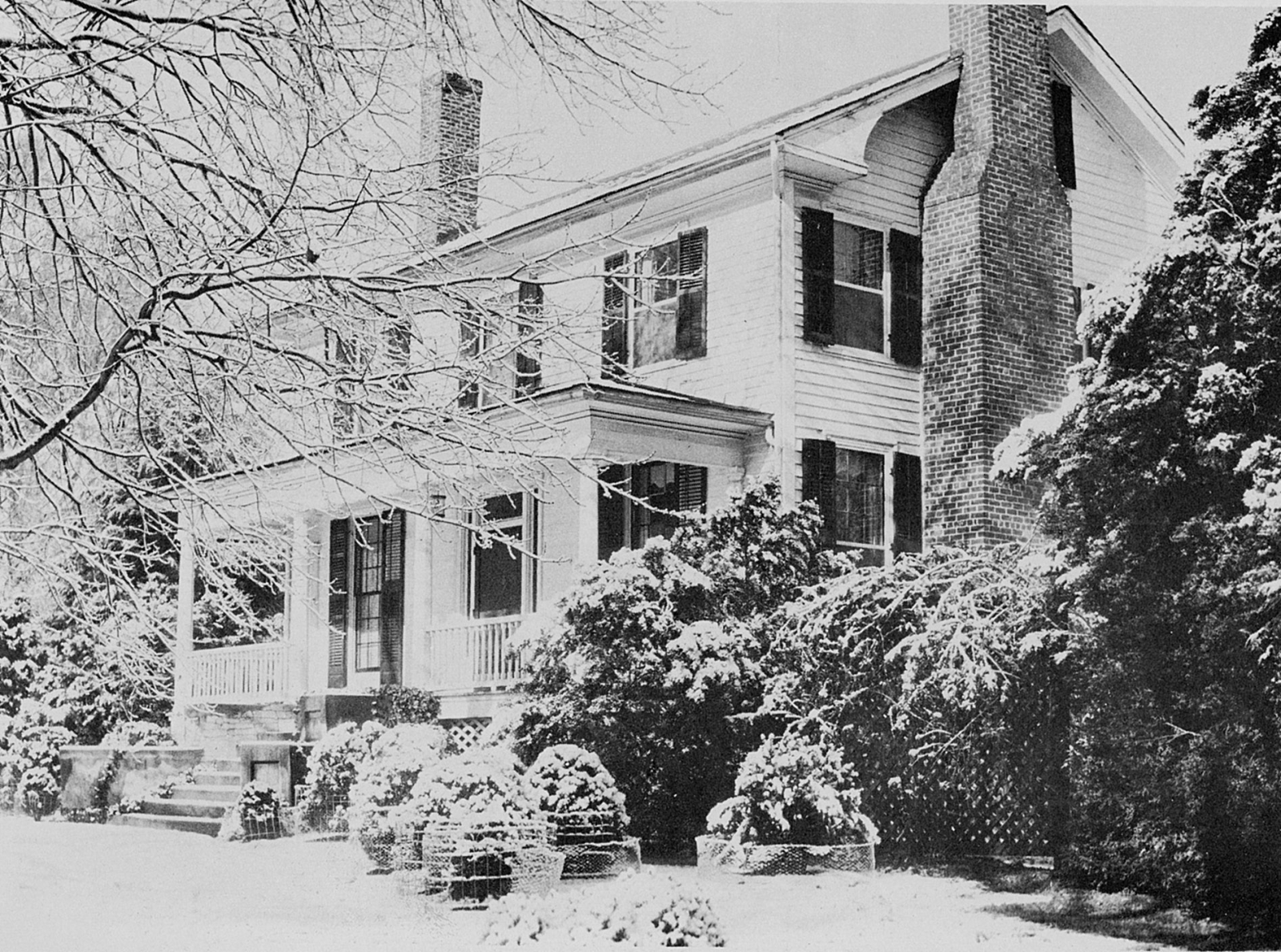 The Nash-Hooper House was built in 1772 by the Revolutionary patriot, General Francis Nash, on land formerly belonging to Isaac Edwards, secretary to Governor Tryon. William Hooper, signer of the Declaration of Independence, purchased it in 1782. It is the only home of a Signer now remaining in North Carolina. The house was later owned by Governor William A. Graham.

The garden is outstanding for its fine trees, boxwood, and old roses. It was lovingly restored by Dr. and Mrs. Alfred G. Engstrom. The boxwood plantings contain particularly interesting specimens of the variegated tree box.

The many old climbing roses make a superb background for the garden and are at their most colorful in mid-May. Among the oldest roses are the Eglantine, or Sweet Briar, and Rosa alba, the White Rose of England. Many old shrub roses add their charm, especially the Crested Moss Rose, Old Black Moss, Maiden's Blush, and the Gallica, Belle des Jard ins. Early spring is a delightful time in this garden, when old daffodils literally carpet the ground. 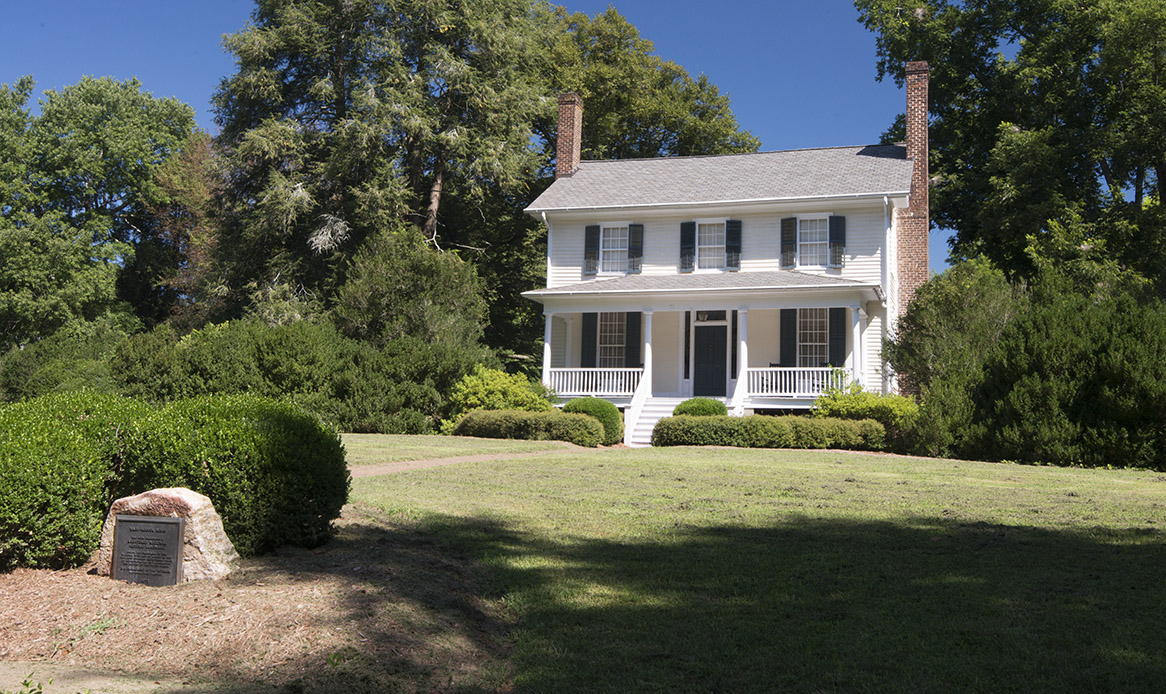