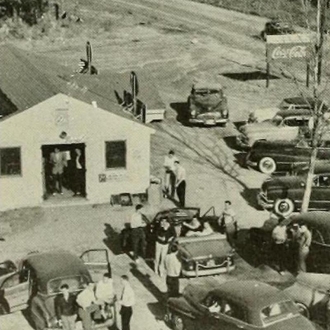 The building was built in 1947, by/for Dr. Simeon A. Nathan, on the big curve on Strowd Hill (aka Strowd's Hill).

The business known as The Curve Inn was opened in July 1947, and was initially operated by Doc Nathan, then by C. M. Graham and his son starting in October 1948; then by Edward Johnson beginning in 1951. It was once known as the home of the "Pronto Pup," a corn-dog kind of hot dog on a stick. 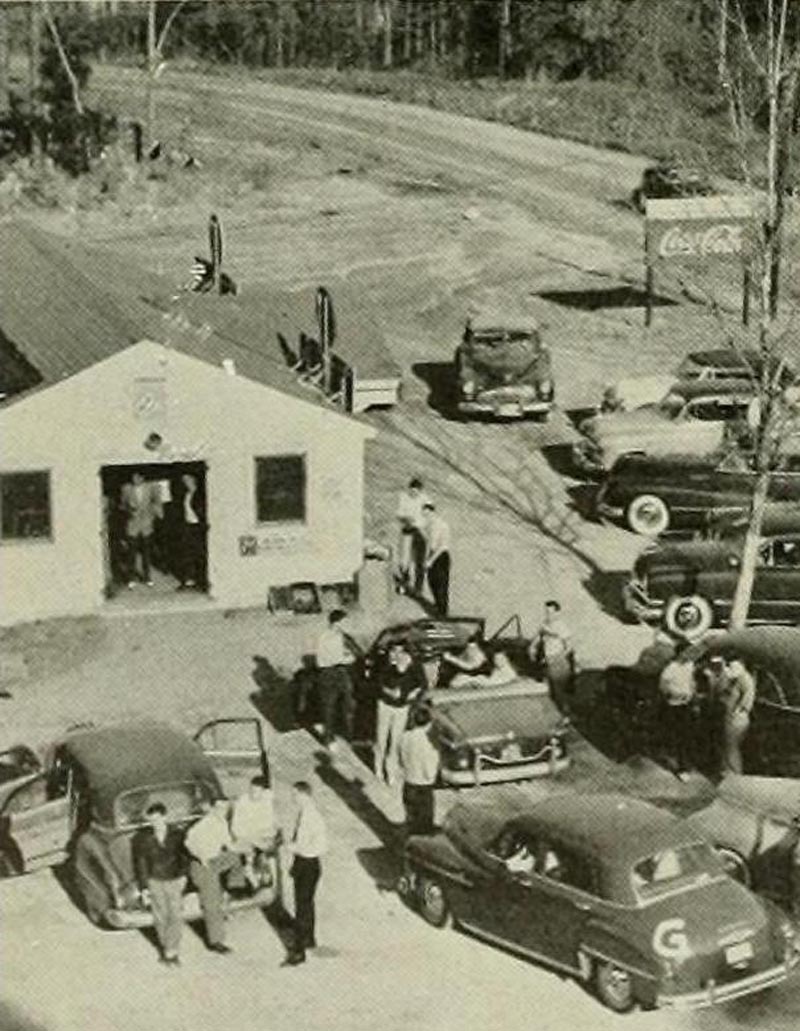 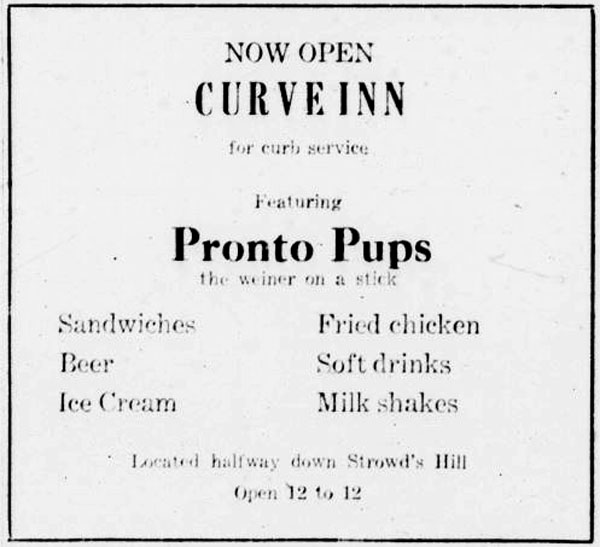 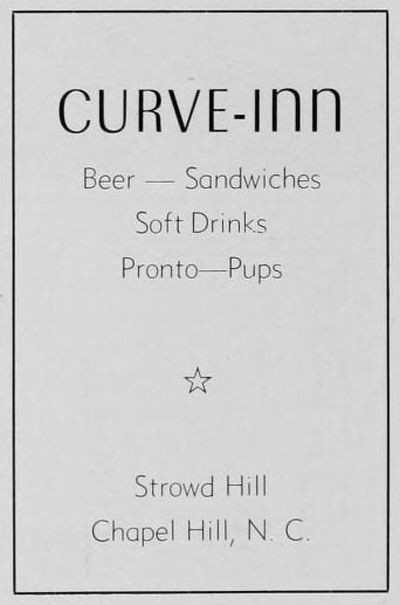 Roland Giduz had this to say about its early history:

At the rear of the building/property, where Caffe Driade is located, was "The Patio" and dance floor. Years ago, the slope behind it was a source of 1940s and 1950s bottles that were collected by local "bottle hunters."

Due to trouble with renewing the establishment's beer license (with both the Town and the State), complaints and a petition from local residents, a "free-for-all fight and riot" on July 13, 1951, zoning issues (it straddled the then town limit line), Dr. Nathan building an addition even when denied a permit by the Town (it was over the town line, however!), and construction from widening the road (from two lanes to four), the Curve-Inn closed in 1952.

In October 1952, it became the Hong Kong Restaurant. 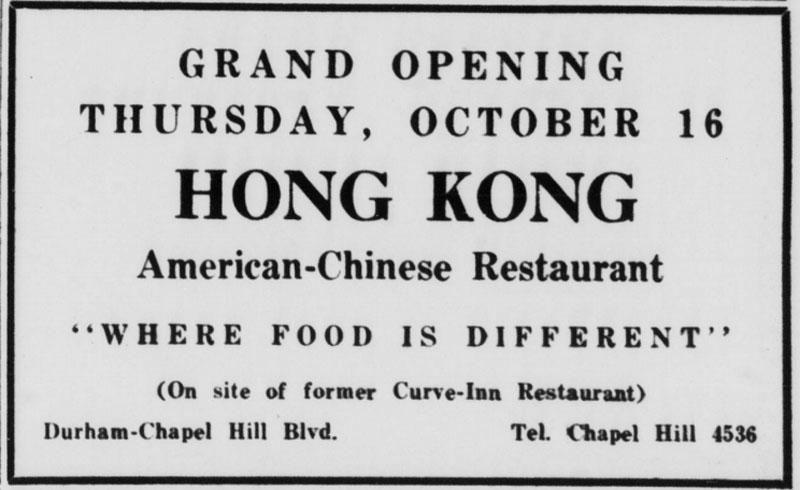 In December 1953 Whitehall Antiques moved into the building. It was then several other antique/garden businesses over the decades once Whitehall moved out. It is now, interestingly, the offices for The Curve Inn LLC. 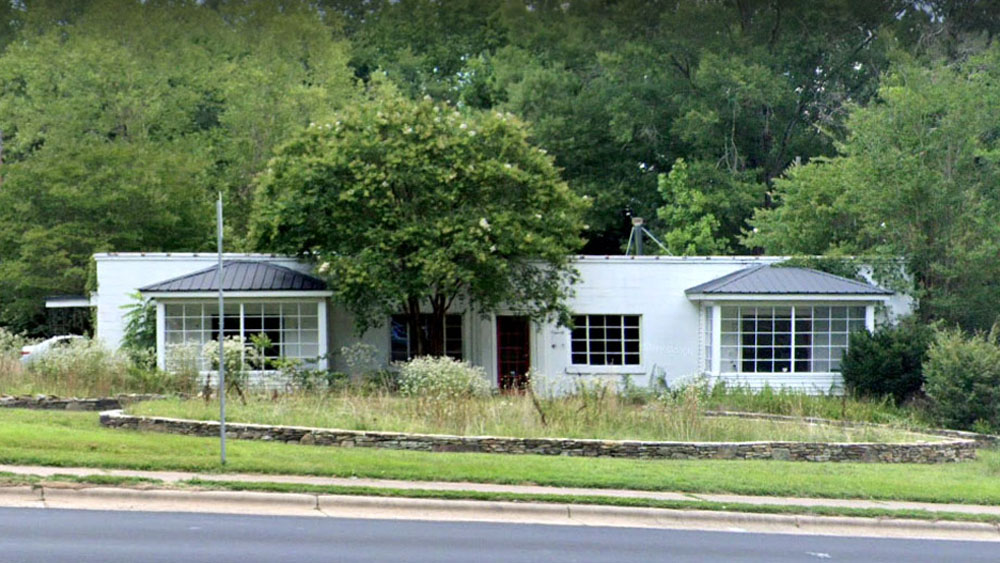