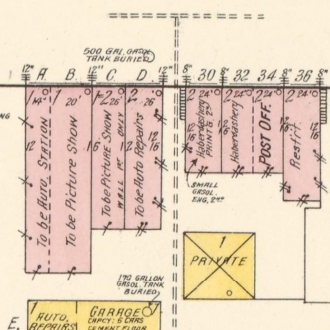 Local businessman and owner of Strowd Motor Company Bruce Strowd and Chapel Hill Mayor William S. Robeson decided to open a new movie theater, to compete with the nearby Pickwick Theatre. The property was purchased in October 1915 and by December construction was begun on the building, which was also to include a new auto station and repair facility. The theater was built to seat 450 to 480 people and was to include “modern improvements and a novel balcony.” The Tar Heel Garage and Theatre Company began business in January 1916, and was dissolved as a business July 13, 1917. I'm surmising that competition from Sam Brockwell's new and adjacent Pickwick Theatre was too much for the Tar Heel Theatre. It was used as a store front after that.

The adjacent buildings were gutted by a fire in March 1924, and the fire likely affected this building as well. The property was sold in October 1926 to UNC, who still owns it. It was remodeled sometime in the 1950s with a fauxlonial-Georgian Revival style facade and roofline, as was the style at the time.

This entire structure is slated for demolition, along with several other historic structures to its south, east, and west, by UNC. 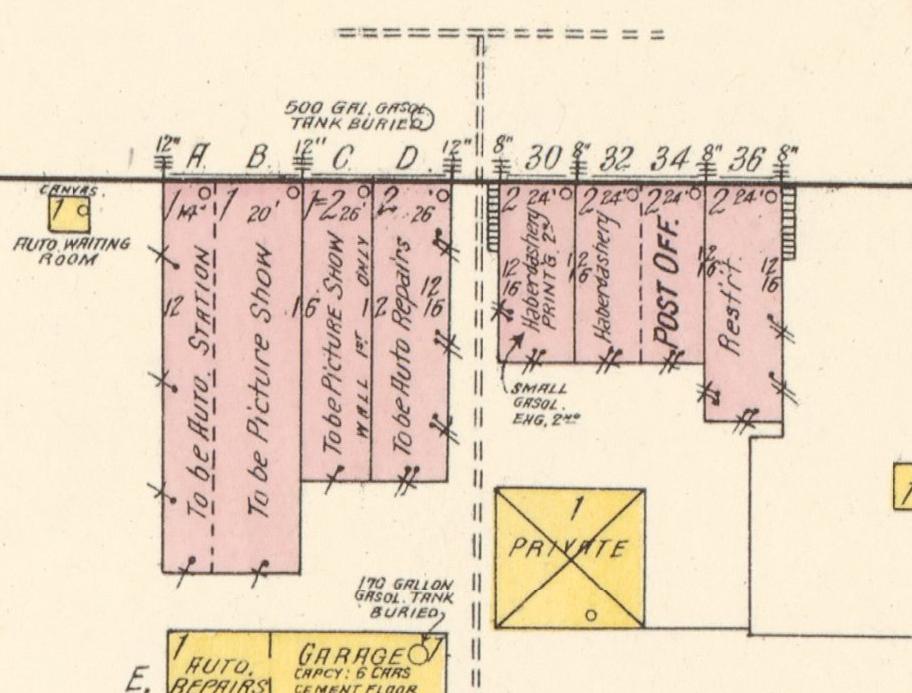 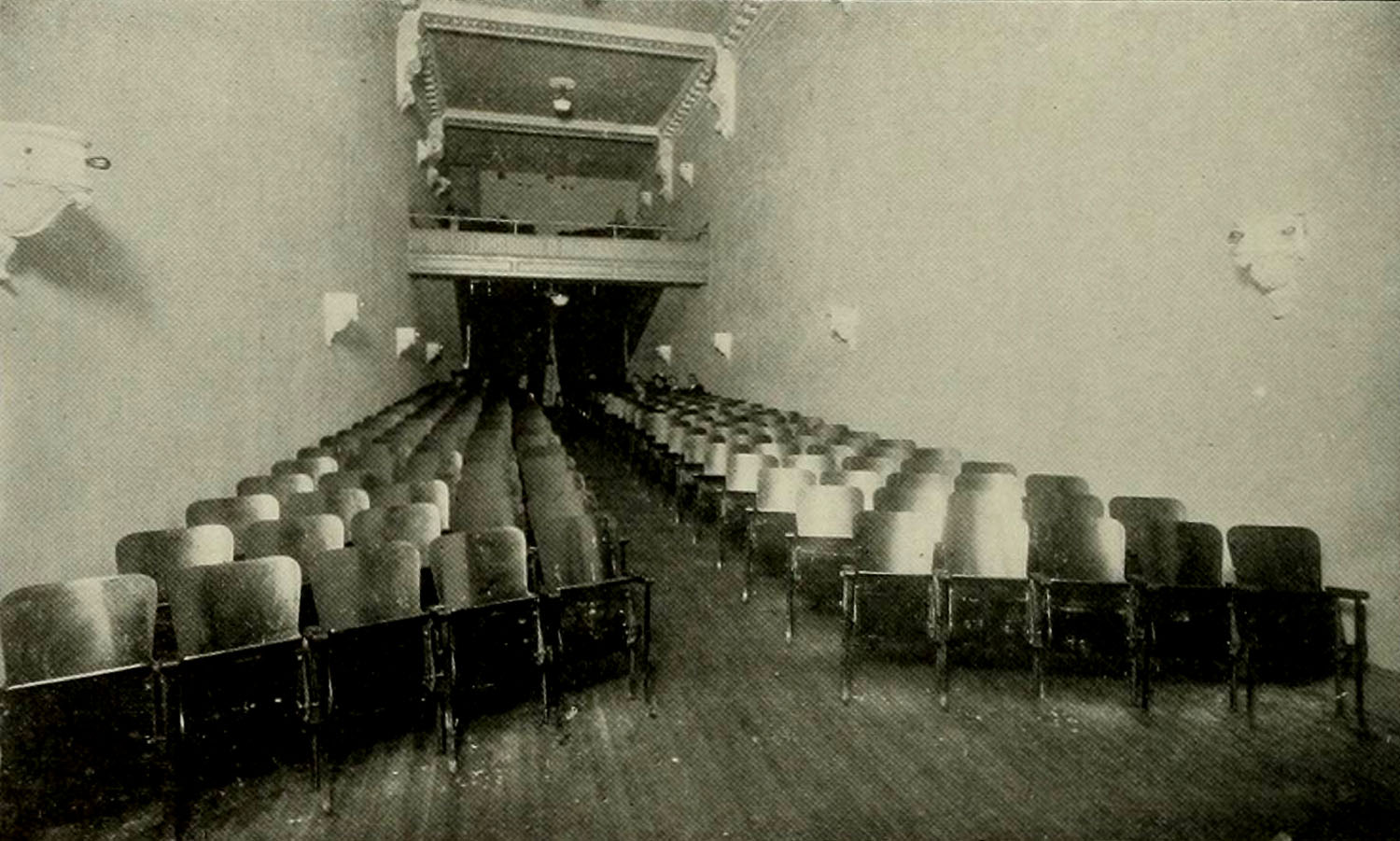 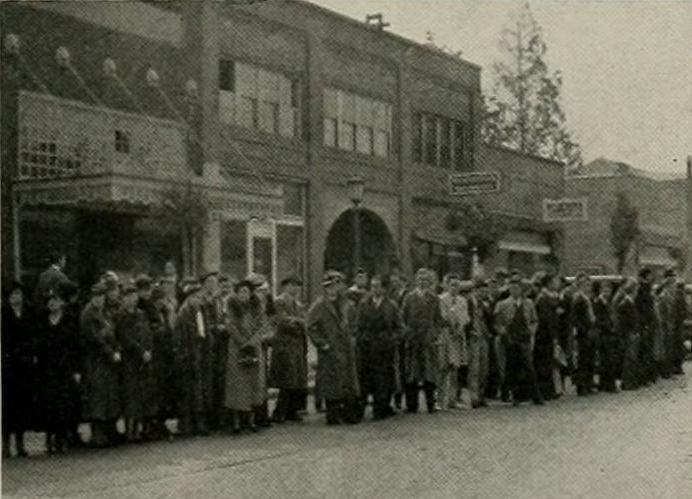 UNC students in front of the closed Tar Heel (at left) and Pickwick (with arched entryway) theaters, 1934 (courtesy UNC)

"This two-story commercial building is three bays wide and eleven bays deep with a parapeted-sidegabled Georgian Revival-style form marking the front bay, an original seven-bay-deep, flat-roofed rear wing, and a later three-bay-deep wing beyond that. The building has a Flemish-bond brick veneer with a brick belt course between the first and second floors. A replacement, aluminum-framed entrance centered on the façade is recessed within an arched brick opening. The entrance bay is flanked by fortylight display windows with modillion cornices and flared copper pent roofs. At the second-floor level, eight-over-twelve wood-sash windows have operable shutters. The side-gabled slate roof has a modillion cornice and parapeted brick gables with concrete coping. The left (east) elevation, which faces an alley, has a single window on each floor. The rear wing has a stepped parapet roof with eight-over-twelve windows at the second-floor level, though all openings at the first-floor level, with the exception of a single door, have been bricked in. The rear (south) three bays of the building were added later. The building appears in construction on the 1915 Sanborn map, and early photos show a traditional two-story, flat-roofed building with two storefronts, Stroud’s Garage to the east and Tar Heel Theater to the west with a crenelated parapet and marquee. A one-story rear wing had been constructed by 1925 and a second story was added to that rear wing after 1949. Additionally, a projecting “porch” that appears on the 1949 Sanborn map was later removed. The current façade, including the Georgian Revival-style front bay of the side elevation, likely dates from the 1950s when towns like Chapel Hill were updated their downtown facades to reflect the colonial era of their founding, though at that time the building still contained two separate businesses. It is currently owned by the University of North Carolina and used for administrative purposes and program offices. "