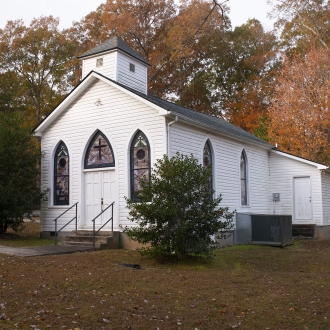 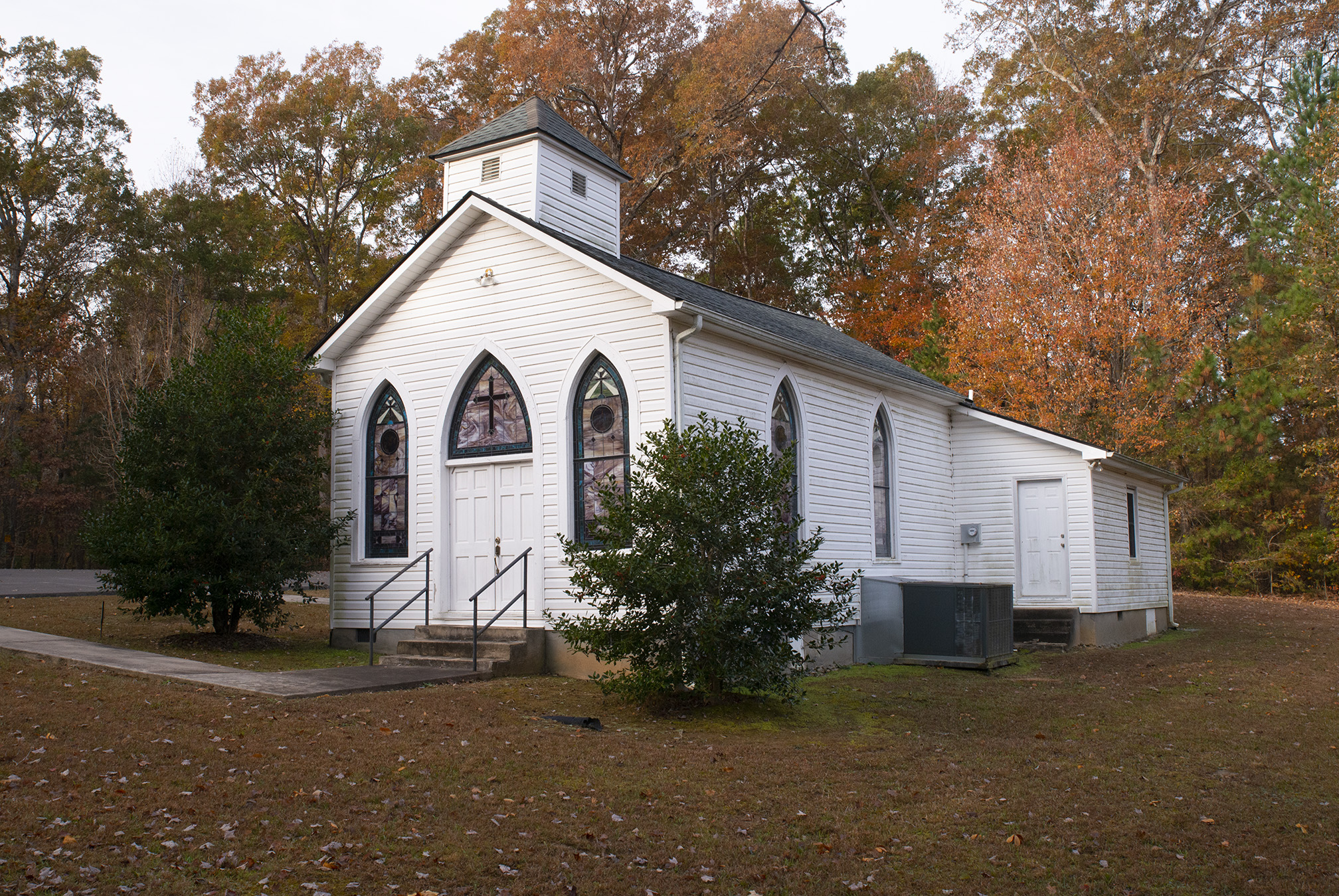 "It was in the summer of 1892 that a few blacks, known then as colored, Christian pioneers of Orange County, North Carolina decided to build a permanent place to worship. They had been having religious services in what was known as a brush arbor. A brush arbor was simply a place set aside in the woods where the people would meet to sing, read the Bible, and pray together. Some of the first known worshipers to get together were Brothers Abraham Harvey, Zilman Carr, Harper Allison, Albert Riley, John Wesley Thompson, and Richard Poteat. Although they were not blood brothers, it was common, at that time, to address the men and women as brothers and sisters. After meeting frequently at the brush arbor, these same faithful brothers served as trustees and purchased an acre of land, on which to build a structure, near Gray's Creek, presently known as Seven-Mile Creek. The land was purchased from a white friend, Mr. E. C. Thompson. It is believed that those same faithful brothers and others whose names we do not know built a log structure that same year (1892). Although the spouses of the builders probably did not help to physically build the structure, they were faithful sisters that were always at the building site preparing food, bringing fresh water from a nearby spring, and taking care of the children while their husbands worked. The church was named Harvey's Chapel after Brother Abraham Harvey, a faithful member of the brush arbor group.

The first official pastor of the small log church was Rev. Sandy Aikens. The first text was read by Brother P.J. Jordan. He read, " Upon this rock,'saith Peter,'l will build this church and the gates of hell shall not prevail against it." Worship was held in the church once a month for about three years. Most of the worshipers had to walk four to five miles to attend the services. However, they were faithful worshipers that had church services during both the winter and summer.

In 1901, under the leadership of Rev. Charles H. King, the presiding elder, a frame structure was built on the same site by the worshipers. Worship services were held there, near Gray's Creek, for the next 30 years. However, the road leading to the church had become so bad that it became a tremendous hardship for the members to get to it Therefore, they decided to seek another, more convenient, place for worship. They abandoned the church on Gray's Creek and continued to worship in a one-room school house building that was away from the woods and beside a main dirt road. The school house building was located about a mile from the present site.

In 1940, the worshipers purchased some land from one of their faithful members, Brother George Walker. A new church was built by the faithful members and friends that same year. The new structure was named none other than Harvey's Chapel A.M.E. Church, the name that had been used down through the years. Church services were held continuously once a month until the mid '80s when the Western North Carolina Conference decided that worship services would be held twice a month. The remodeling of the structure, which began in the 80s, was completed under the leadership of Rev. Shirley DeCoster. A large portion of the physical work was done at no additional cost to the church by two blood brothers, Brothers Lewis and Clinton Thompson who are presently very faithful members of the church.

The members of the church, never numbering more than fifteen to twenty-five members at a time and mostly all relatives and descendants of the founders of the church, have kept their steadfast faith in Jesus Christ for over one hundred and fifteen years. They have demonstrated wisdom, leadership, perseverance and a willingness to go to any length to remain faithful to God and his teachings. We salute the pastors, members, and many friends of Harvey's Chapel A.M.E. Church, the little white church by the side of the road. They have set an example that we all should attempt to follow."